A memory from Alf

​I lived in the Old Village at the top of the Rope hill which I used to walk down every morning to the pit until I bought an old Ford Anglia for 5 quid from a guy called Ginger Casling from Belle Isle,who worked at the pit too.
I worked in the Survey office for a while then went underground and worked with an Irishman called John Cunningham. We did special work duties which included methane drilling when the first panzers conveyors came out to draw off Methane gas in advance of the coal seams.This was piped to the surface.This had to be done because of the faster advancement of extracting the coal. Better hours than the miners but not the same wages. LOL.
I did my belt training with Charlie Cotton who was killed in the Lofthouse disaster. I remember having to thread a belt over a fault line collapse to move the rock etc and re open the new face. Im still not sure how Charlie and I did that and made it work,!!! but he was the man without doubt and through his training me, and further learning I became a conveyor specialist for 8 years travelling through out the mines of the whole of the UK,Canada and overseas. before moving to NZ.

A memory from Laura about her Dad George

Dad worked at Middleton such a long time ago, and held other jobs since, which is where the bulk of any stories he used to tell came from (in particular, his time on the Leeds Ambulance Service in the late sixties after the closure of Middleton Colliery and the last years of his mining service at Riccall, where he helped to sink the shafts in the early eighties). The only one I think I do remember was from Middleton was a story he used to tell about the pit ponies. Apparently, the ponies were very bad-tempered (I suppose you can understand why) and had to be harnessed underground where they had no clearance to buck . . . He also used to tell a story about one particular pony who had a penchant for leaning. They would wait for some unsuspecting miner who did not know this particular pony, tell him to go do something to/with this pony in his stall, and wait for the inevitable, muffled shouts as the pony leaned up against the miner and squashed him against the wall of the stall!

As kids my Mum would send us to the Nutty Slack with a pram to scrat for coal which came with the slack.  Heaps of kids used to be there, we also went to Robin Hood slack dump to look for coal as well.
I started work at Fanny Pit, Rothwell then moved to Broom Pit.  I did my mine entrance training with a guy called Mike Pinder.
As I lived in Middleton, I used to walk to the pit down Rope Hill.  The hill ran down from Town Street almost opposite Staithe Avenue and down through where the Manor Farm estate is now.  On the way down you would pass the deep waters (deepies as it was called).  Kids used to swim and catch frogs and tiddlers in there.
I did all my coal face training at the Broome and also spent time working as a Surveyors Linesman underground with Eddie Garner, John Williamson and Danny Dawson.
As a special workman John Cunningham and I was given the task of drilling for Methane gas once the mechanization started to creep in.
A complete new role and drill for the mine.  The gas was tapped and sent to the surface to process and use for surface activities.  This was necessary as gas was released much quicker when mechanization came in. 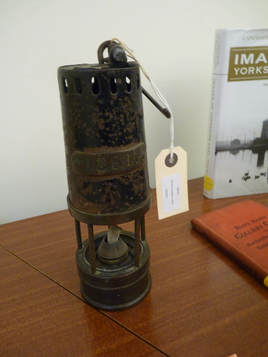 ​My granddad, Charles Stubley, was a coal miner and worked there for many years. Close to the pit was the "Black Pudding" this was the slurry pit that crusted over, kids would dare each other to walk on it, I recall at least one kid falling through and being killed. A little further over was the "Reservoir" a water filled quarry, my mam told us about my granddad, who was a very strong swimmer, being called out from the pit on at least two occasions to retrieve a body from the water. No doubt these were kids who had been swimming and got into trouble. I always use to think about this when we were on the dreaded "Water Tower" cross country run, during school games lessons, the run took us over the primary school field, over the tip and pass the pit, pudding and reservoir, up through the woods to Miggy water tower. 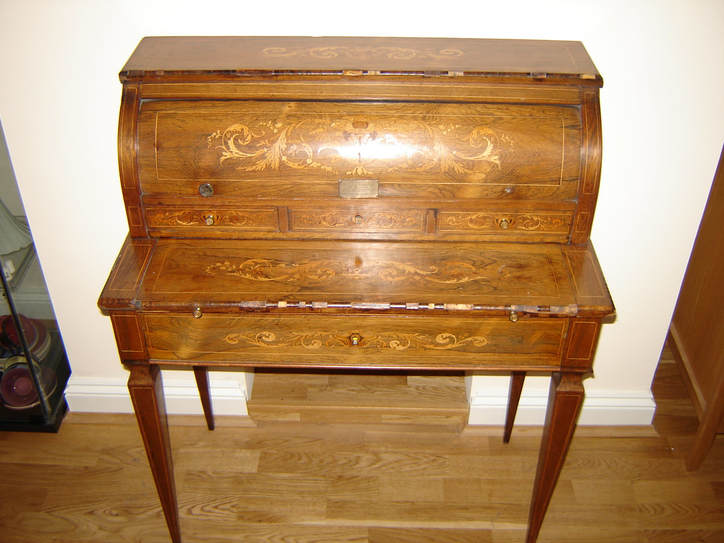 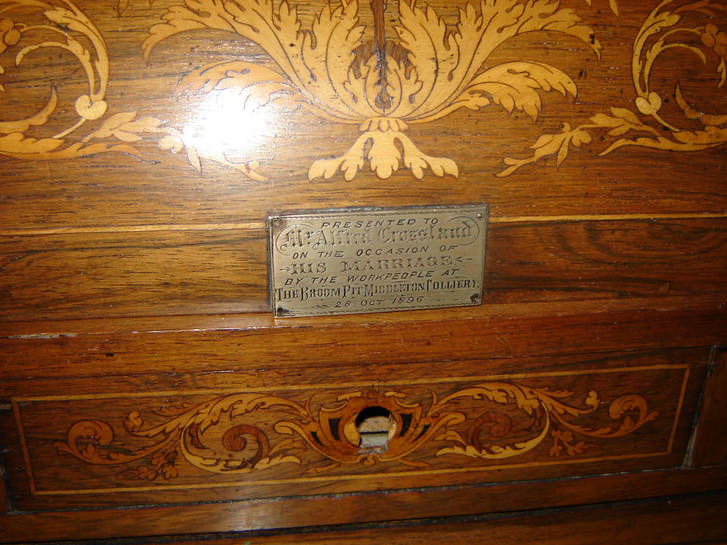 Thank you to John S. Crossland for sharing these photos.  The bureau was a wedding present to his Grandad Alfred Crossland in 1896.
Powered by